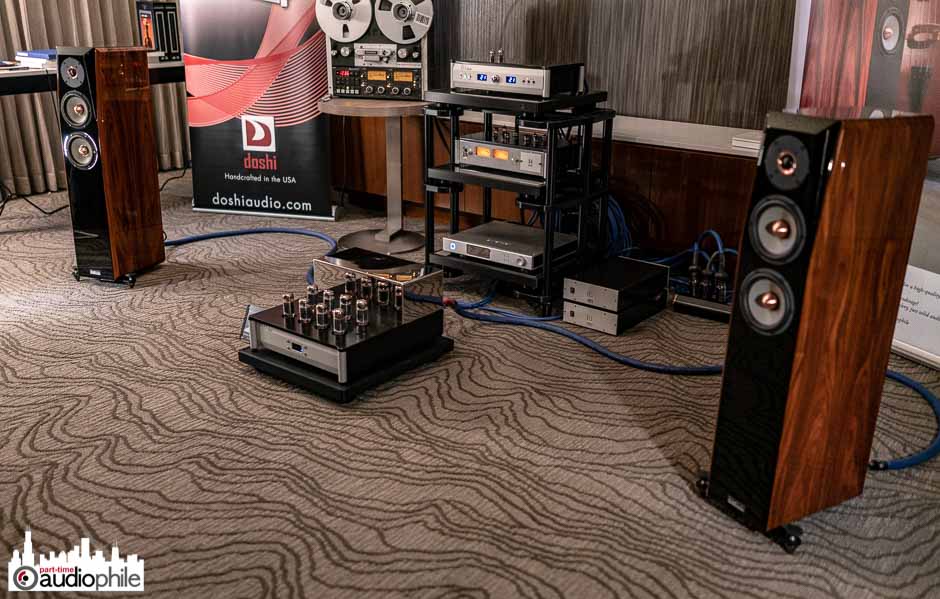 Early on the morning of the first day of RMAF, Scot Hull and I got on the subject of ideal yet practical loudspeakers. Or, as I eventually put it, the speakers we would own if we weren’t so obsessed about high-end audio and just needed something to enjoy for the rest of our lives. Both of us agreed on one speaker, in particular, the Joseph Audio Perspectives.

No more than an hour after that discussion, I found myself face to face with the $12,999/pair Perspectives. Like most speakers from Jeff Joseph, they’re smaller than you remember. And, like most speakers from Jeff, they sound much bigger than you could possibly believe. The Perspectives are slim, compact floorstanders that possess a surprisingly small footprint, but they amaze you with their ability to fill big rooms—such as this room—with an incredibly well-balanced sound with generous bass and a stunningly vivid soundstage. 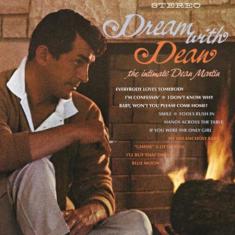 This was one of Jeff’s best-sounding set-ups I’ve heard—and I’ve heard quite a few—which led me to believe that the Doshi Audio amplification, as well as the Cardas Clear Beyond cabling, were providing uncommon synergy in the room. Nick Doshi’s $19,995 Hybrid Stereo Amp and $17,995 Line Stage Preamplifier were obviously coaxing every little bit of music from Qobuz hi-rez streaming and the $5500 Aurender

A10 DAC/server, but the beauty and the realism of the whole system was turned up to eleven the minute that beautiful Studer reel-to-reel was fired up and Jeff and Nick started playing one of my favorite references, the Analogue Productions remastering of Dean Martin’s Dream with Dean.

I’ve listened to the LP on a wide range of systems and this recording has always sounded spectacular. I like to joke that Dean’s voice is so present and realistic that you can tell what brand of cigarettes he’s smoking. (Newport, in case you were wondering.) With the combination of the R2R and the rest of this magnificent system, I could tell how many cigarettes were still left in the pack in his jacket pocket.

Needless to say, the Joseph/Doshi/Cardas room was easily one of the three or four best rooms at RMAF—and I still believe the Joseph Audio Perspectives are one of the best speakers I could choose for getting off the audiophile merry-go-round.

Though most of the audio show visitors seek the big mighty high-end systems, the ones most of us only dream of, there is another class of products that merits attention: the high-end compact monitor. Two […]

by Rafe Arnott Digital amps and active speakers. Now combine the two. I’m neither a big fan of digital amps (other than the difficult to classify Devialet amps which are slaved to one watt of pure […]