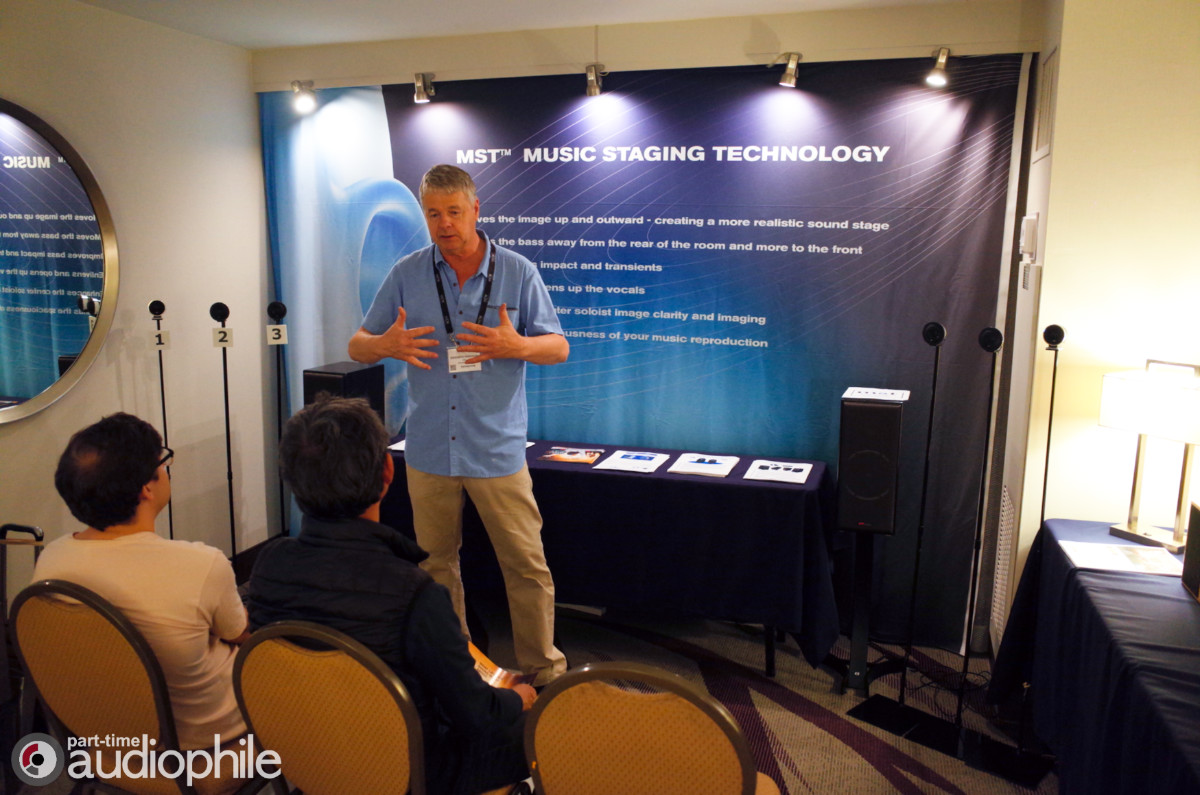 LOS ANGELES (PTA) — Possibly a controversial product to introduce to the hi-fi market, but with an existing base of success in car audio, the new Music Staging Technology (MST) accent speakers from CDT Audio were not to be missed. 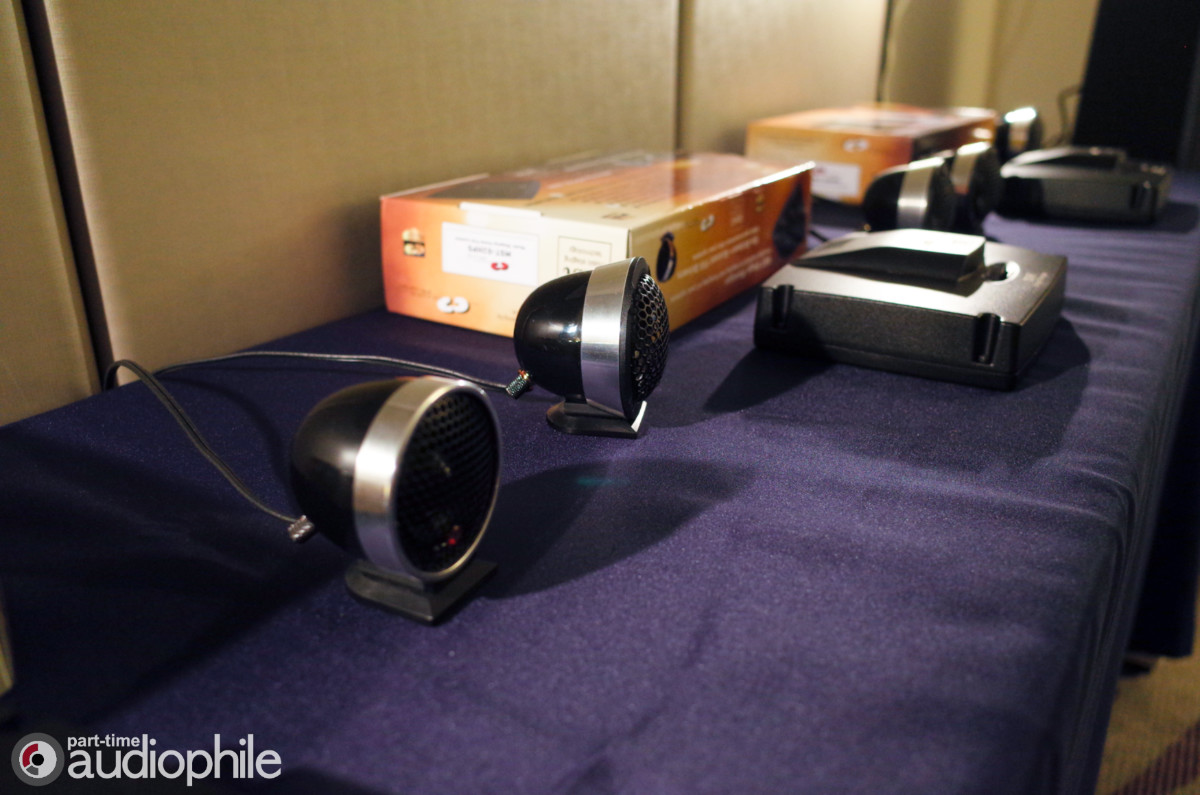 Music Staging Technology (MST) has developed three unique hybrid loudspeakers that are used (only one stereo pair) in your existing system to augment the soundstage and high frequency response. Think of what sub-woofers do for your system, but at the other end of the musical spectrum.

Each of the MST Six-Octave+ accent drivers function as a mid-range and tweeter in one component that covers over a six octave range. Having no crossover in between what would normally be two independent drivers, the single MST accent drivers can enable the transition across the covered frequency ranges to be nearly seamless. Currently there are three different models to choose from, each with differing sound signatures that allow for better blending to ones taste or system, or possibly to augment away from an undesirable characteristic. 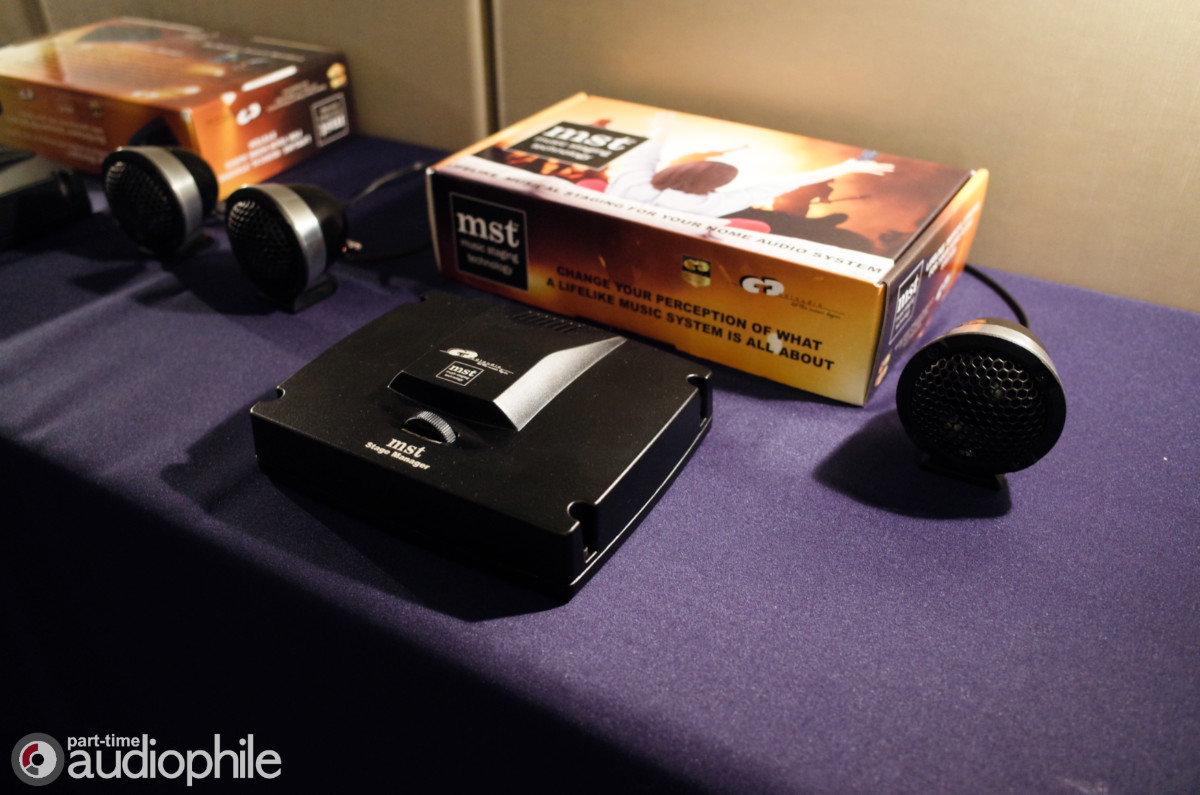 They are implemented in a system in a way to open up the soundstage of your existing loudspeakers and electronics, by both direct and reflecting sound-waves. The MST accent drivers are to be experimented with in placement, driver angle, and contribution level.

In the box you get two (stereo pair) MST accent drivers, and a high-pass crossover called the MST Stage Manager to eliminate frequencies below 250-Hz from ever reaching the accent drivers. From there on up, it’s all up to the MST’s to add space and sparkle to your system, without changing much of the character already in your system.

Also on display were a few Bluetooth speaker products from CDT Audio, but not much info was present on those, as I think they might have been pre-production models. 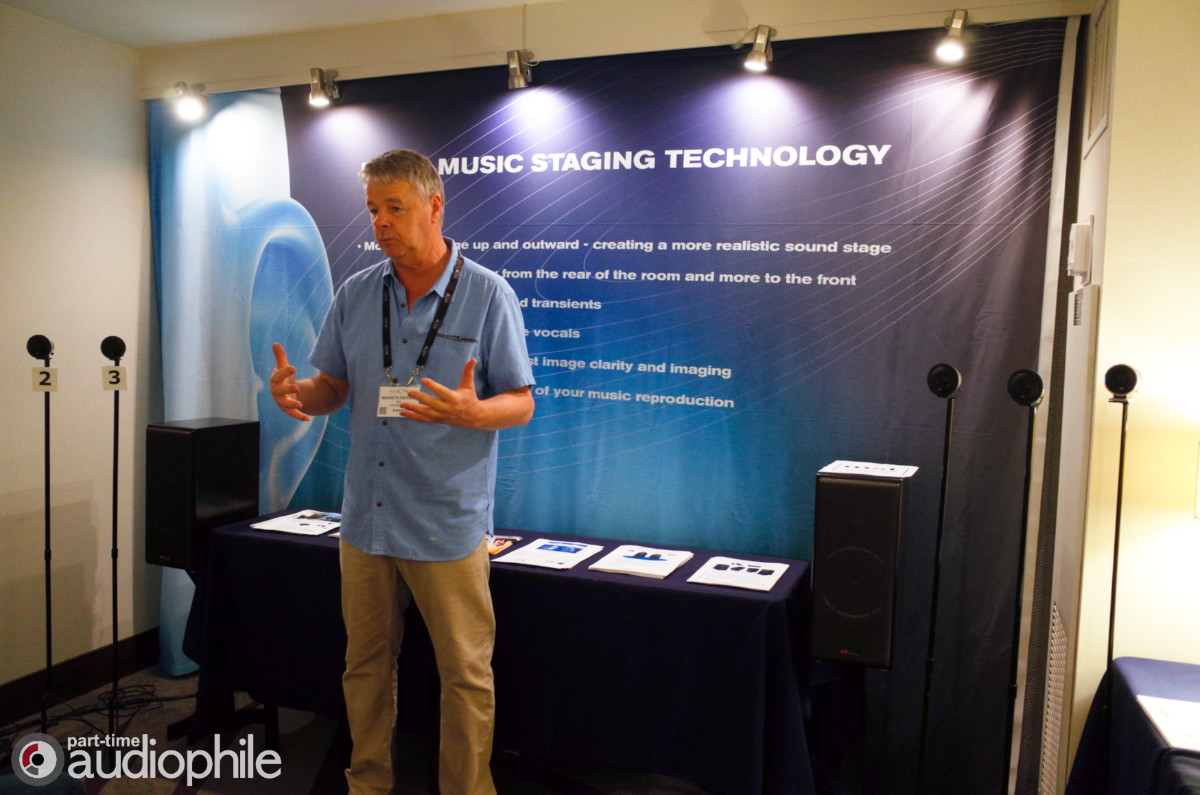 We start with a control test, playing a delicate classical acoustic track and female vocal. Not exactly my cup of beans, but it did show off the kind of material most commonly played by audiophiles. Once our base listening is set-in, we add in the MST accent drivers.

Beyond the more obvious spatial changes to the soundstage. The added high-frequency detail from the accent drivers did contribute quite a lot of musical information that wasn’t present before with the control group of two bookshelf monitors. Also, with the uplifted details, the imaging was improved. After a few more minutes of listening we turned off the accent drivers. The base bookshelf system was nothing to scoff at before we added the accent drivers, but after we did the improvements were quickly something we couldn’t live without.

At first you might think the entire sound of the system had changed character, but it hadn’t. It didn’t sound like we changed brands of loudspeakers, just opened them up. You also might say, “just buy better speakers”, but then wouldn’t you say the same for anyone who has added a subwoofer to their system?

Where the MST’s really win with me is their unobtrusive size, allowance for their own placement to augment your current loudspeakers placement, and the price. You get a whole lot of upgrade for the money. 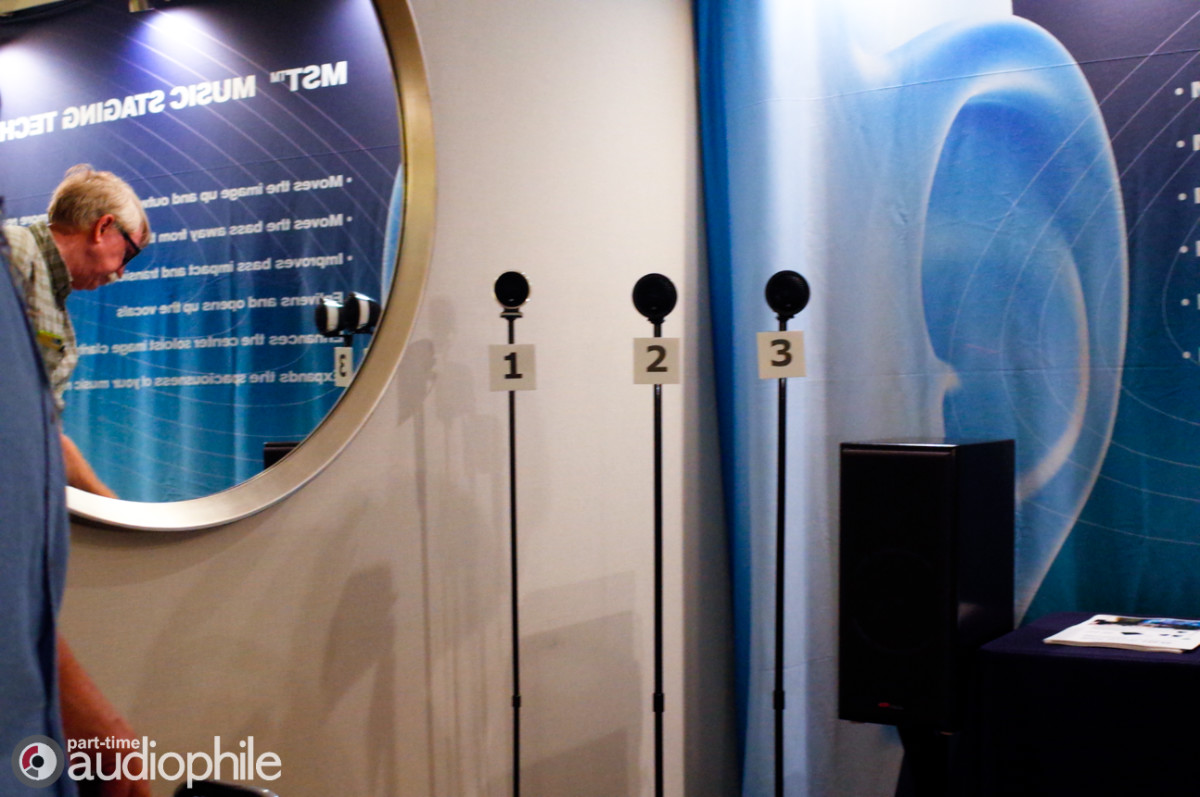 The WSJ (Wall Street Journal) has a story up right now on a Japanese gentleman who I would personally love to visit, or have over for some Suntory Time® since he seems like a legit […]