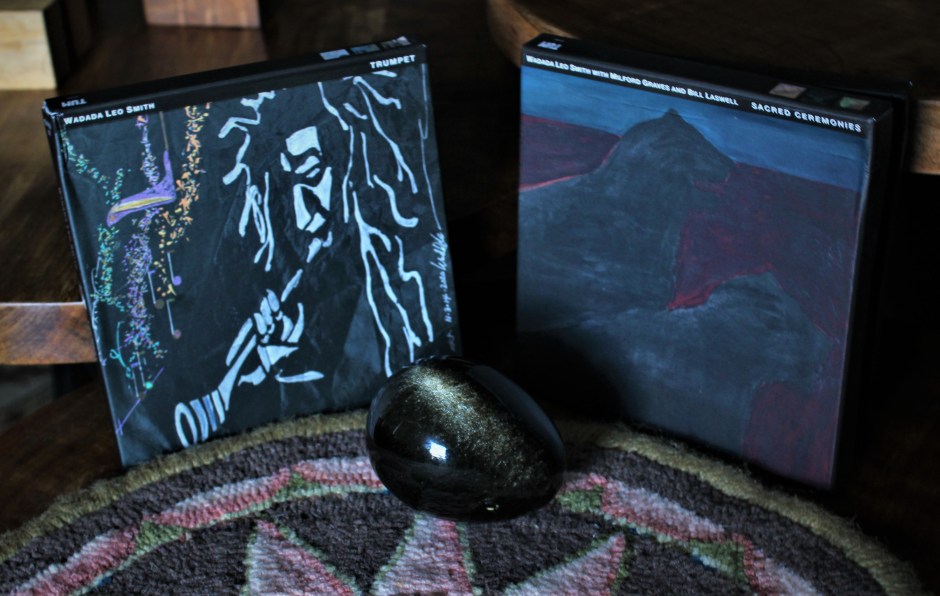 Acclaimed trumpeter Wadada Leo Smith turns 80 this year, and TUM Records has decided to throw him an amazing party by releasing a number of “monumental” releases over the year. These are the first two, Trumpet and Sacred Ceremonies, both contain three discs of music, booklets and all–this is every bit as lavish of a release as the Ches Smith set I reviewed last week. Different record labels, different types of jazz, both compelling and epic works.

Trumpet is exactly what it is, just Wadada Leo Smith and his horn, laying it down. I don’t mean “laying it down” in the traditional jazz sense, but perhaps closer to “putting it all on the table.” I used to lump Smith in with Hugh Masakela–both jazz trumpeters with strong ties to African music, but Masakela would make you get up and dance more often than not. Smith is doing something completely different here, conjuring tone poems meant to evoke subjects like Rashomon, family, love and even the color of things at night. These pieces gel together, almost like movements, and get into the inner core of the trumpet and the human being blowing into it.

Like Miles Davis, Wadada Leo Smith is about the note and its individual contribution, and how removing it would change the meaning of what was said. These pieces tell a story, slowly, because every word is important. By the way, the recording quality is stunning, with enormous amounts of space around this single, soul performer. 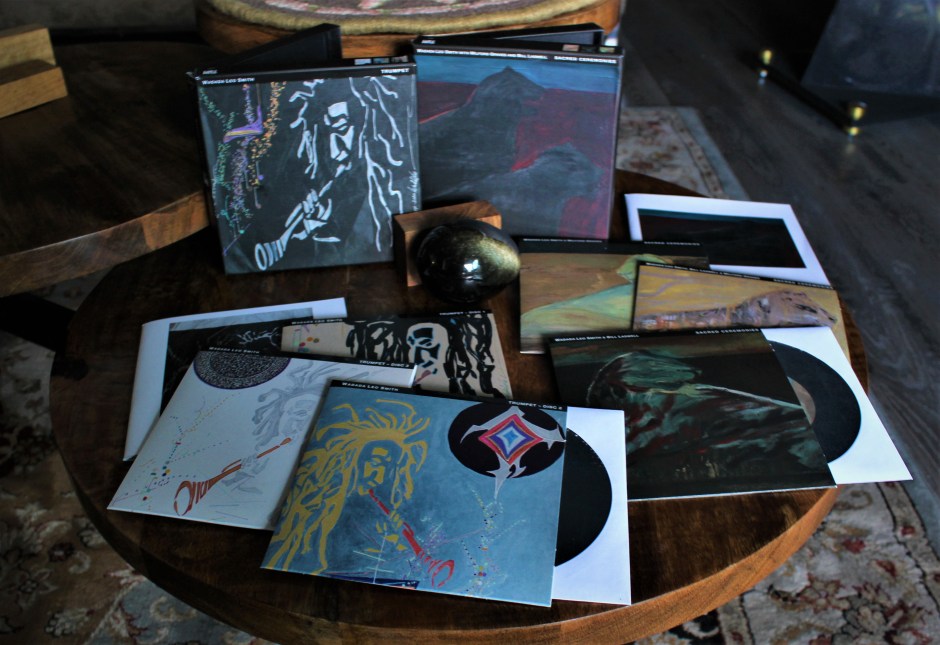 Sacred Ceremonies isn’t quite as intense and personal as Trumpet, probably because Wadada Leo Smith invites drummer Milford Graves and bassist Bill Laswell to join him. (The first disc is Smith and Graves, the second is Smith and Laswell, and the third is all three.) If you know Graves, you’ll know he was a free jazz pioneer, and that instant suggests the possibility of chaos that’s run through with angular trumpet blasts. But this trio is too inventive for that. You can feel the tension and even the emotional tone of each passage, led, of course by this amazing trumpet player.

As I mentioned, TUM has planned additional Wadada Leo Smith releases for later in the year. That list included such intriguing projects as twelve string quartets composed by Smith, laid out over seven CDs, and a tribute to Billie Holiday. This is an incredible birthday celebration, and TUM has already sent out your invitation.

Brinkmann Audio is another one of those brands that intrigues me to the point where I wonder why I never pulled the trigger on one of their products. Their slim little Integrated amplifier, the one […]

Samuel Leipold and his album Viscosity reminds me of the first few times I tried to play guitar. My best friend had learned how to play when he was young, piano too. Every time I’d […]