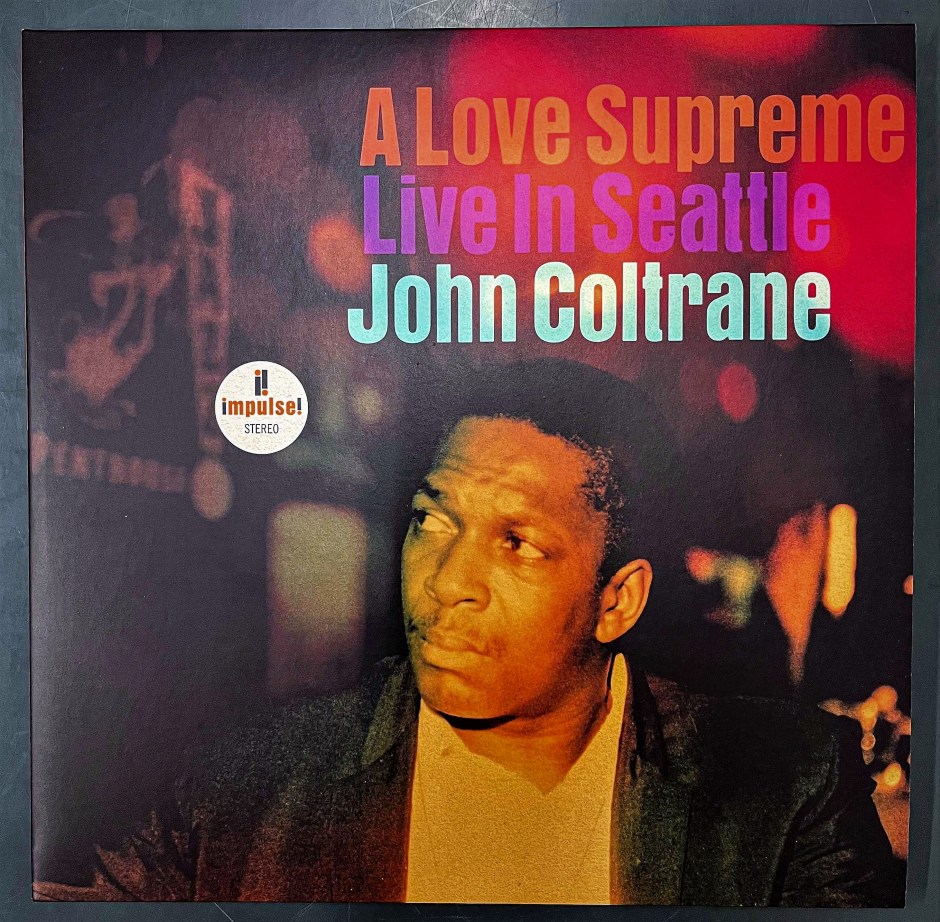 In 1965, John Coltrane was on a global tour to promote his then new recording, A Love Supreme. This tour would yield other Impulse! releases including Om, Selflessness, and a bootleg, Live in Antibes. Near the end of the US leg of the tour, Coltrane performed at Seattle’s The Penthouse. That week’s performance was recorded and released as Live In Seattle. The tapes from that Saturday, October 2 nd, Penthouse show were recently found, remastered, and titled for October 22, 2021 release, A Love Supreme: Live in Seattle.

Words and Photos by Ken Micallef

Apparently, Trane had been rethinking his music while on tour. When playing in Los Angeles, he invited Sanders to join the band, a saxophonist known his tone-and-texture shredding exhortations. By the time the group reached Seattle, for Trane’s single weeklong performance in the Emerald City, his commitment to an expanded, freer blowing, more improvisational version of his signature work was confirmed. 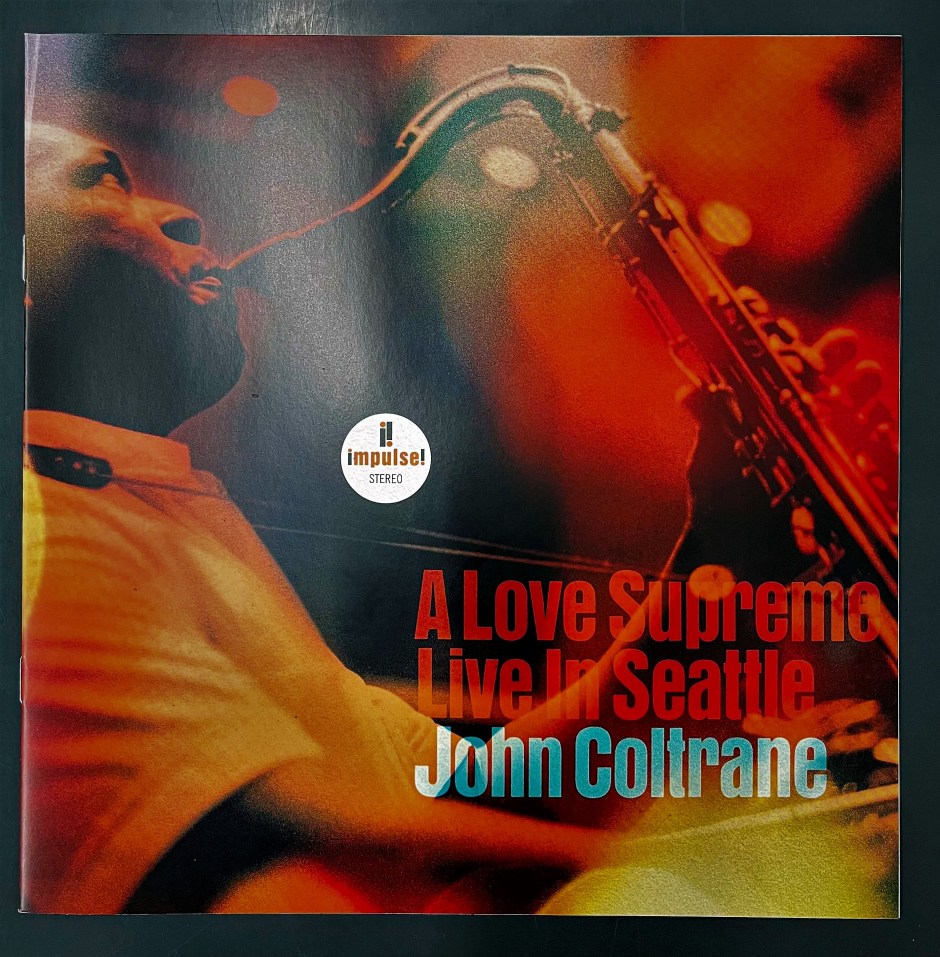 The original A Love Supreme, in its beauty, power, and sense of awe, is akin to a religious experience. A suite in four parts: “Acknowledgement,” “Resolution,” “Pursuance,” “Psalm,” A Love Supreme is dense, complex, driving, peaceful, and cathartic, all at once. It remains Coltrane’s best-selling album. From the blissful opening section, with Trane’s overdubbed voice chanting “A Love Supreme,” to the full-throttle, hard swinging, blistering improvisations on “Resolution,” to the calm, after-the-storm peacefulness of “Psalm,” it’s a perfect album, a masterpiece in composition, recording, and performance.

You’d think any genius would leave his greatest work alone, leaving the ages to ponder its magnificence. But in jazz, the studio is meant to document the performance; the road is where the music lives and breathes. With stage chatter and abundance audience approval left in, A Love Supreme: Live in Seattle knocks you for a loop, the entire four-song composition expanded, exploded, upended, and returned home as a new being, freed to the cosmos by John Coltrane’s time altering, internal jazz juggernaut sensibilities.

Coltrane, Sanders, and Ward make a ferocious front line, the expanded rhythm section matching their aggressive, wailing, thunderous improvisations with full-tilt sparring. It’s a jarring experience, and for fans of the original recording, probably a major slap to the senses. But this is what Coltrane intended, and where his music was ultimately headed, confirmed on such albums as Stellar Regions and Interstellar Space. 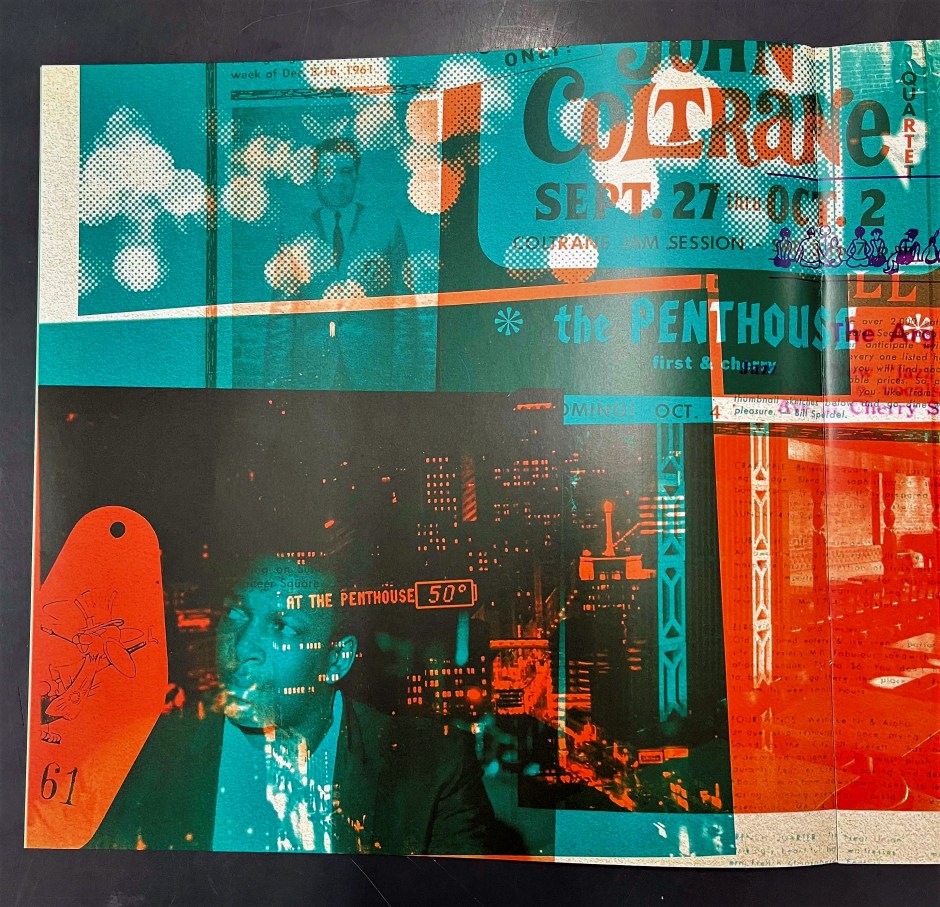 But for all its galvanic, heavens-scorching beauty, A Love Supreme: Live In Seattle isn’t a free jazz album. Sanders and Ward draw from that well, but Coltrane’s solos, no matter how loud and aggressive, are logical and melodic, often created out of melodic threads repeated, cycled, deconstructed, and then recreated anew. And the rhythm section swings hard in a thoroughly conventional manner.

And regarding the rhythm section, Elvin Jones’ drums are the loudest thing in the mix. Some have complained that the horns are low in the mix. But the horns are fully audible. You’re almost over the music with Elvin and McCoy Tyner, hearing, in depth, how they responded to every change in texture, tone, and turbulence. A Love Supreme: Live in Seattle lets you hear what the musicians heard, onstage.

It’s a deep dive into what I believe will eventually be seen as the essential live companion piece to John Coltrane’s masterpiece, A Love Supreme. 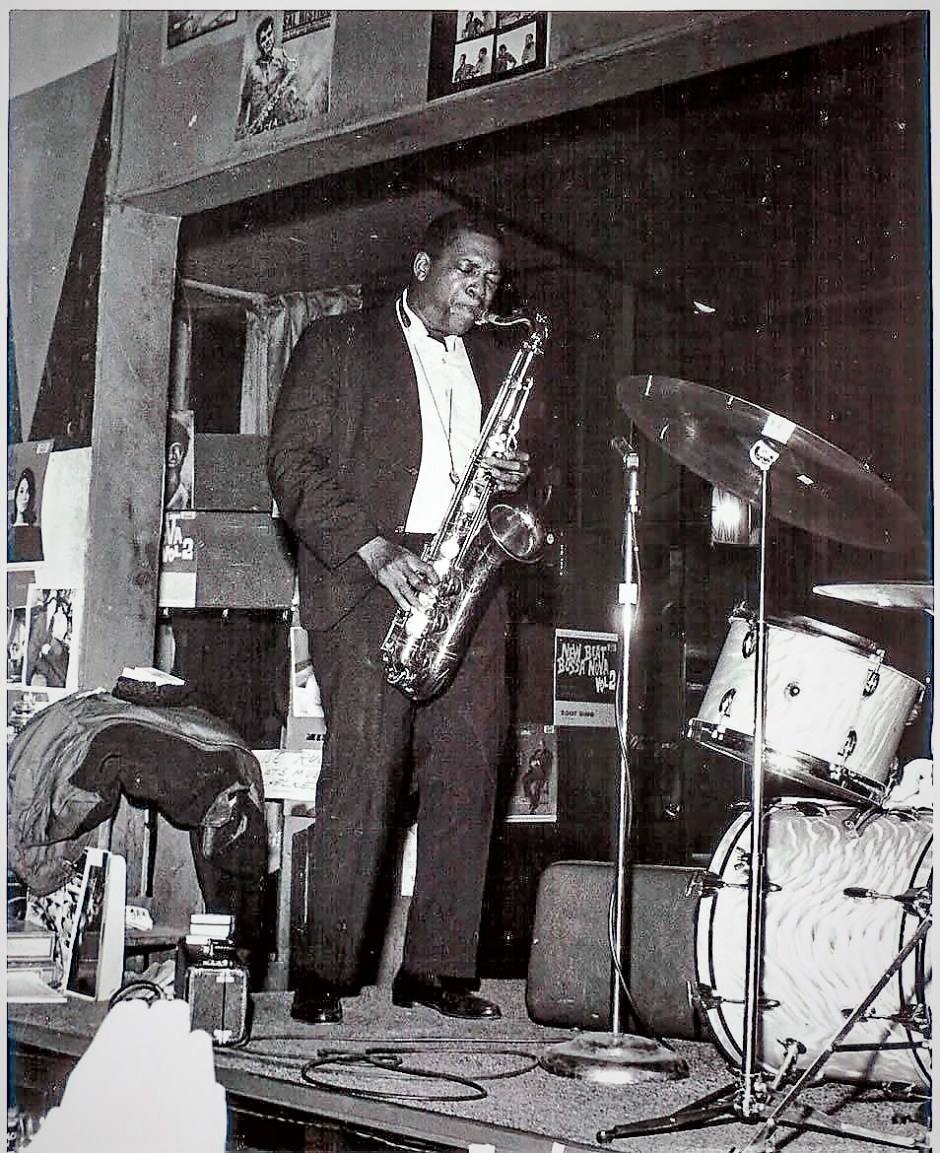 Contemporary jazz has been fertile ground for cultural mashups over the last few years. Entire record labels, such as Zoho, are completely dedicated to the idea of jazz traditions being absorbed into folk music traditions […]

John Daversa Jazz Orchestra, All Without Words | The Vinyl Anachronist

The John Daversa Jazz Orchestra (website) is certainly on a roll. Last year there was a Grammy amid a string of beautiful recordings with socially-conscious themes such as DACA Dreamers, and quarantining with your family […]