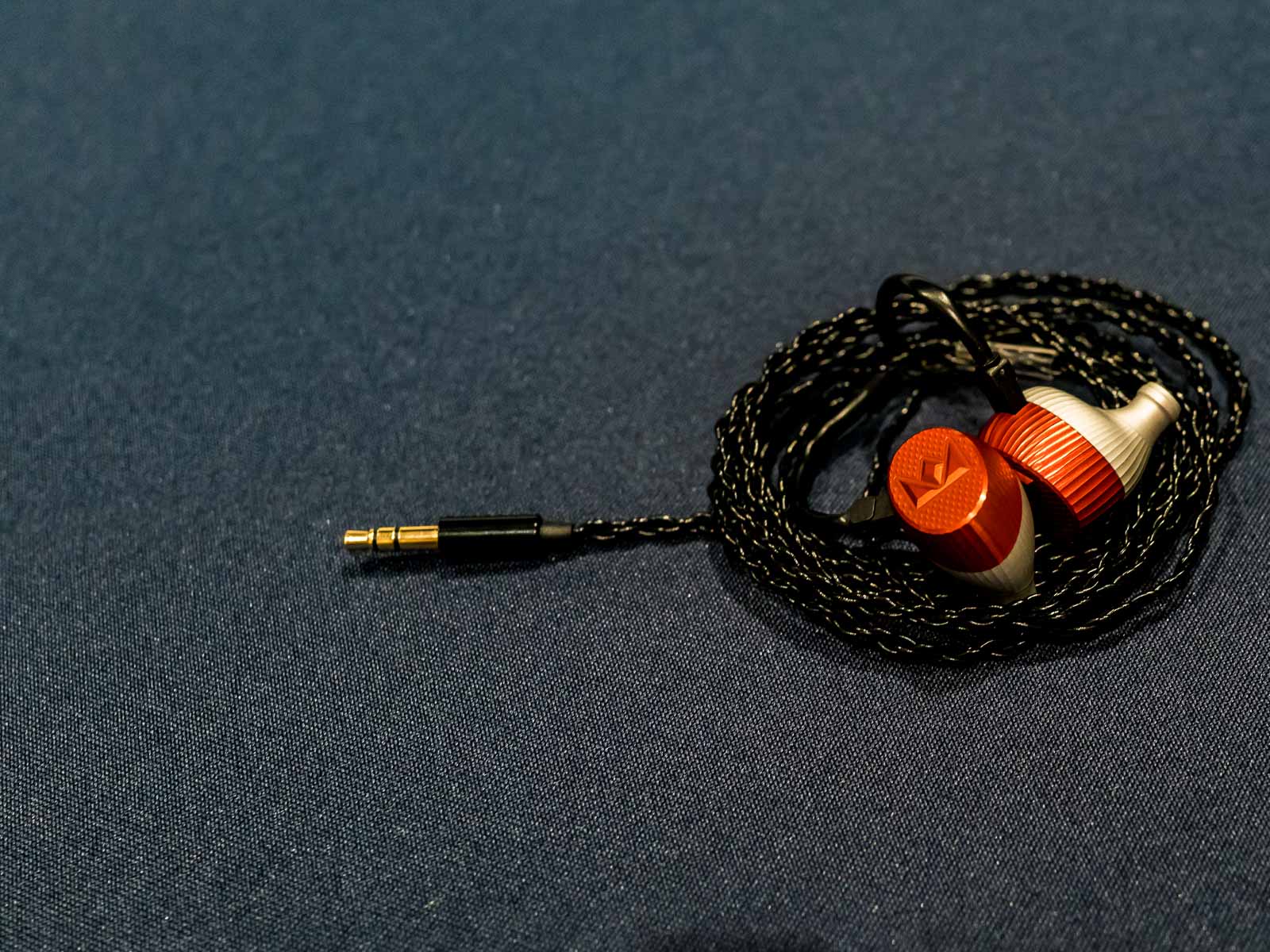 If you’ve never heard of Steve Bug, I’m not sure what to tell you. He makes music that would generally fall under the “electronic” header (Dance/House), but beyond that, I’m translating from Google searches. That is to say, I’d never heard of him before AXPONA. But Dave Clark of Mr. Speakers queued it up for me while I was listening to some of his headphones (story for another time), and I just kept listening when I flipped over to the Noble Audio table.

Coconut Paradise is a three-song EP, and it’s pretty cool. The rhythms are hypnotic and the unfolding layers is definitely worth the trance. So I did. Through the entire Noble Audio line up. 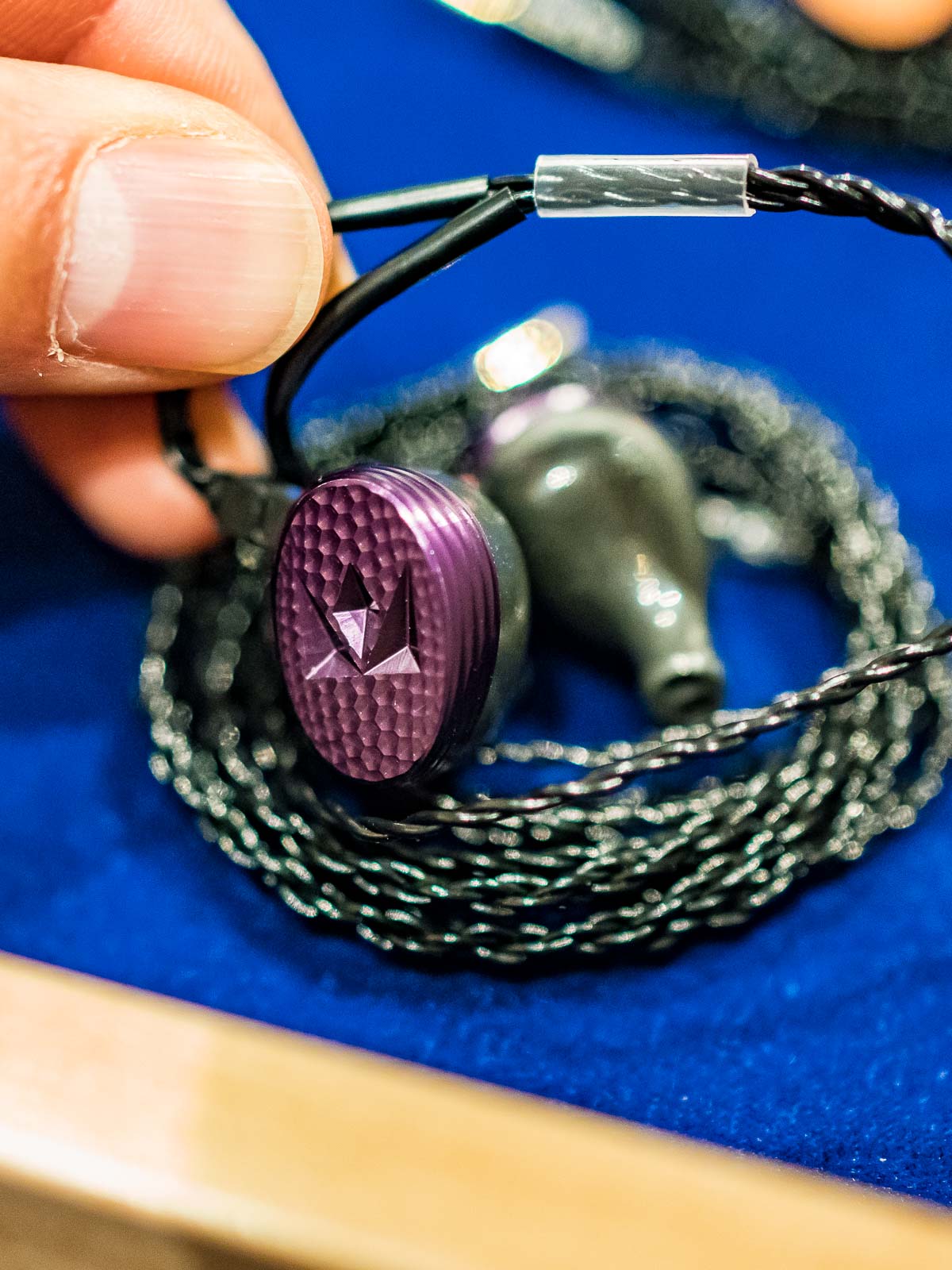 A couple of notes about their brand-new new universal in-ear monitors. One, they’re really quite striking to look at. The vibrancy of the shells makes them nearly instantly recognizable, and from a considerable distance away. Two, they’re not as big as they might look — to a unit, they’re light and very easy to fit and wear. Three, I really like purple.

Starting with the Trident ($399), this gold-shell three-driver model has what seems like a V-shaped sonic contour that struck me as fun and pretty common for in-ear monitors. I thought it was a pretty easy and straight-forward entry to the line.

Savannah, with her rose-gold shell ($499), is flat. Not like “razor-flat”, but linear. A sort of demi-UERM, if that makes sense. Revealing, fast, likeable.

Things start getting interesting right around Dulce ($699). This IEM is tuned with a hand toward big bass, and unabashedly so. Not really my thing, but again, if you’re into Bug, the turquoise Ducle has your Steve Bug right here. Pow.

I flipped my lid for the Django, though. Brilliant purple and $999, this is the IEM that I would lay cash down for. The sound of the Django was big, ballsy, and fun. Colored? Who cares. Linear? Whatever. This was music — and I was totally digging it — even when I flipped from Bug to Lou Reed, from Reed to Kate Bush. Didn’t matter — this IEM has my name all over it.

Which brings me to the Kaiser. At $1650, the K10 is one of two “flagship” pieces offered by Noble — the other being the Savant, which is astonishingly great, but the tale for another telling. No, here I was at the OK Corral. Django all unchained on one end, and the Armies of the Twilight of the Gods on the other. Who would win? Would evil triumph? Would cats and dogs start calling The Donald to arrange an all-night-Steve-Bug-a-thon? Would the madness never end?

Okay, fine. TL;DR — the Django is wicked-good. I still prefer the K10 for overall finesse, which isn’t weird as it is one of the best overall “headphones” on the market. But … that Django is amazingly good.

Rich, full, extended, fun — and almost half the price of the K10? Call me crazy, but I think this is the one that has “value” written all over it. Django is very nicely done.

Love it. Want it. Ding-ding-ding!

I think big tubes are a whole lotta fun. And short of a Kronzilla amp, the Audio Power Labs 833TNT 200wpc monoblocks are showing off some of the biggest guns on the block. Offered at […]

It was supposed to be a secret, but I met a guy at this place and he told me the thing. Appointments were required, but then, I’m awesome, so to hell with that. I showed […]

By Lee Shelly Ultimate Ears On Friday, I was part of a group tour at Ultimate Ears, conducted by General Manager Philippe Depallens. It was amazing seeing their two processes for creating custom in-ear monitors. […]