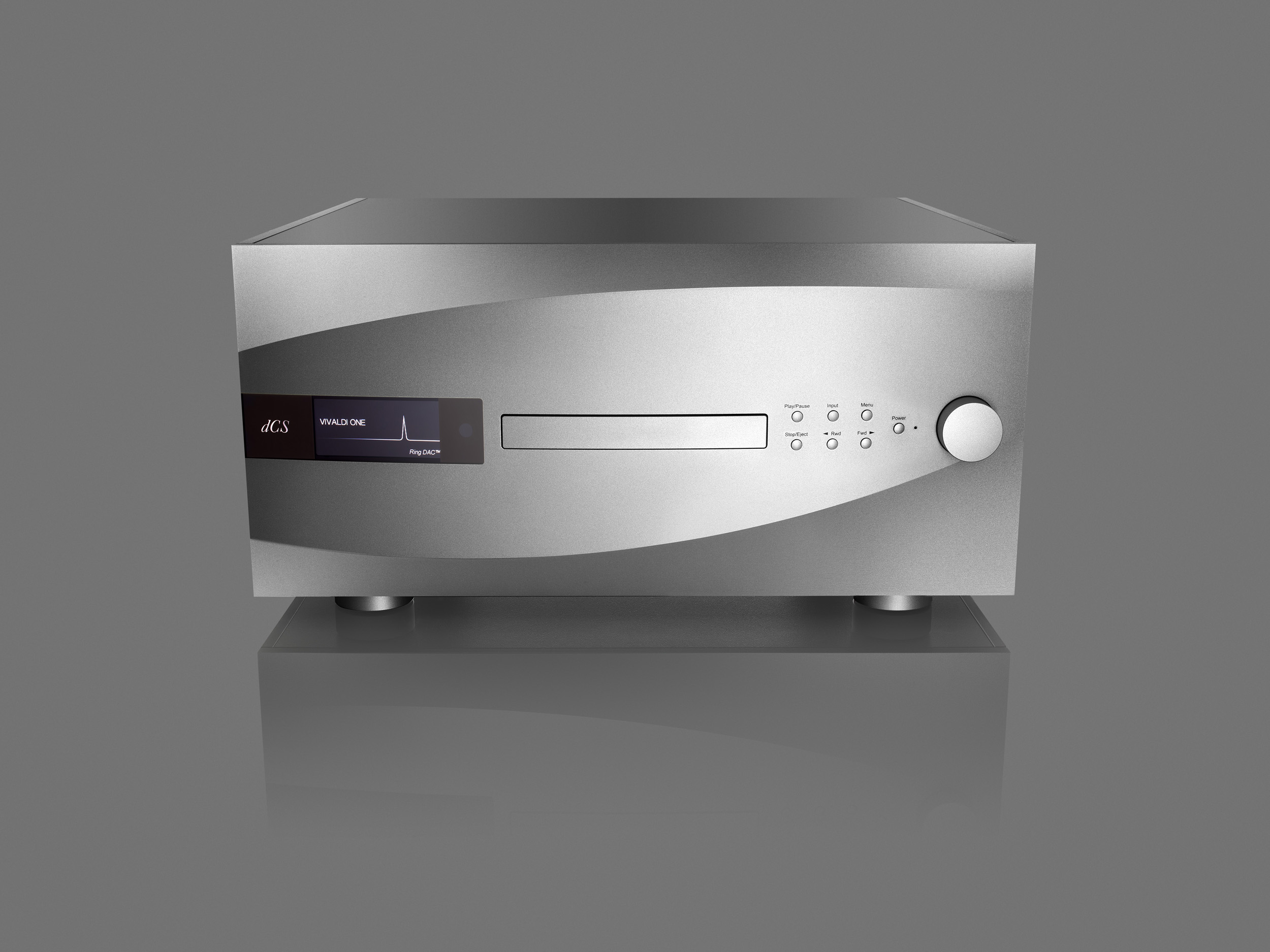 dCS is celebrating their 30th Anniversary (1987-2017) and are bringing some surprises across their model line at the High End Munich 2017 show.

First, allow us to introduce the Vivaldi One, a limited-edition digital music player. Limited to just 250 uniquely numbered pieces, it puts an integral CD/SACD transport alongside the latest dCS Ring DAC in a single chassis, together with network streaming functionality. All of your favorite inputs / formats are all ready to start making some music….

Over here at Part-Time Audiophile, we’ve been drooling over the 4 box Vivaldi digital playback solution: Vivaldi DAC, Vivaldi CD/SACD Transport, Vivaldi Upsampler & Streamer, Vivaldi Master Clock, and now you can get 3 of 4 Vivaldi pieces in a single chassis with the new Vivaldi One. Allowing for a customer who wants the flagship Vivaldi system a simpler package, that takes up less space, requires fewer expensive cables (with the reduction in components) and in the end a lower price tag. 🙂 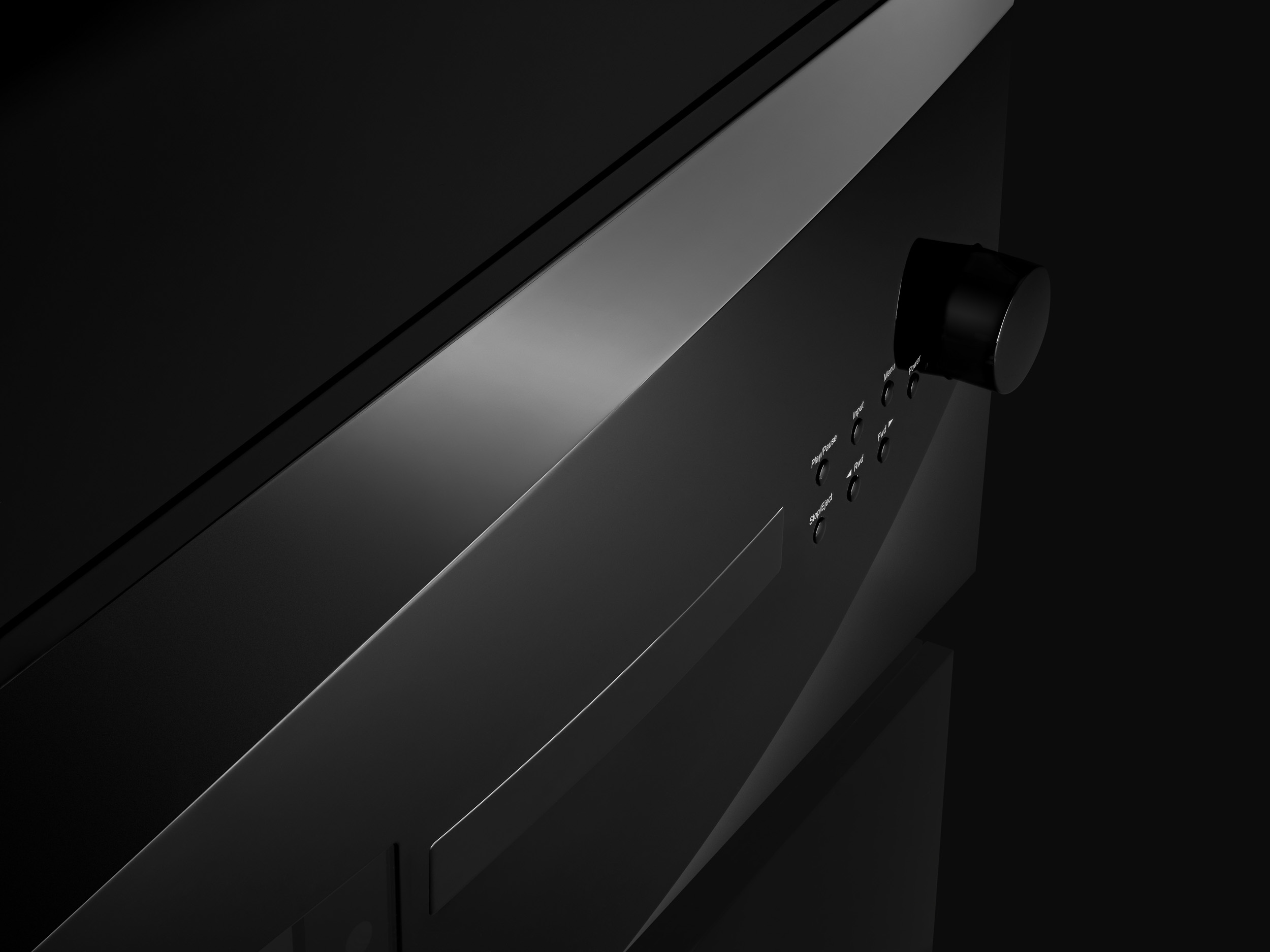 The Vivaldi One will be on display at the High End Munich Show, and will begin shipping to customers in June 2017. Breaking from the past, it will be available in 3 new color choices; specifically Silver, Piano Black (new), Gloss White (new) and Decoplate 24K Gold (new)! Alternatively the Vivaldi One can be plated in other precious metals by FH Lambert Ltd. who are specialists in Metal Plating.

If you need additional bling in your media room, it doesn’t get better than this: 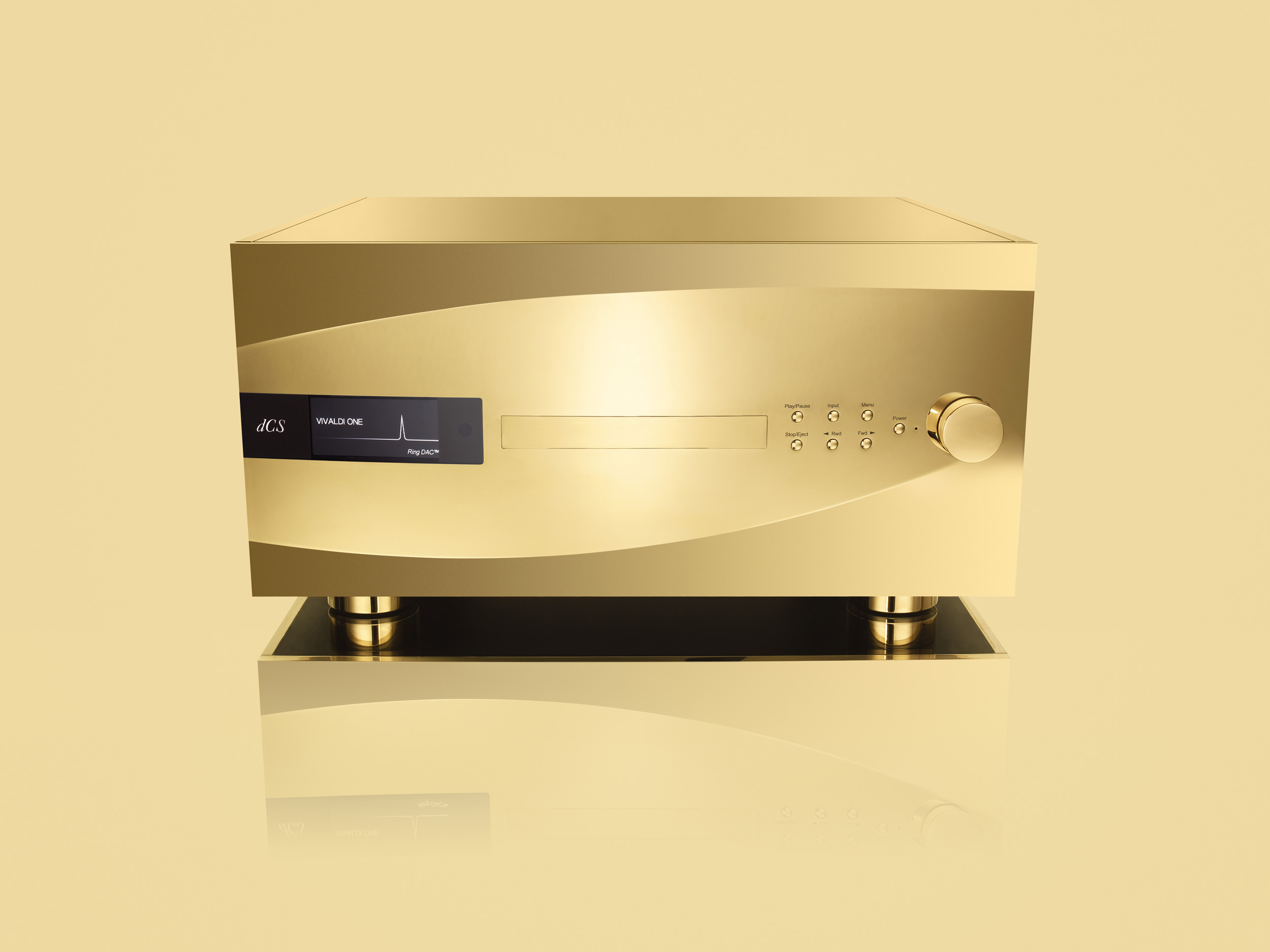 I had the opportunity to see the 24k Gold unit in person during a factory tour, and in person it will nicely surprise you. For customers who like gold, it’s going to be winner.

As the Vivaldi One is a special limited edition piece, it receives a few additional perks. In partnership with your dealer, each unit is personally supplied to the customer by an expert dCS engineer who will help with configuration to get the best possible sound including network setup. Additionally each unit includes a special curated music collection, reflecting the musical passions of dCS designers, engineers and technicians who created the Vivaldi One.

Software Updates all around

As excited as we are about a new Vivaldi, even more interesting is dCS’s continued commitment to existing customers with a stream of software updates across their product lineup.

The dCS Debussy continues to impress us at PTA and dCS owners are going to get a nice surprise.  Following dCS’s philosophy of supporting products for the long-term, the upcoming free software upgrade in Q3, 2017 will add support for: 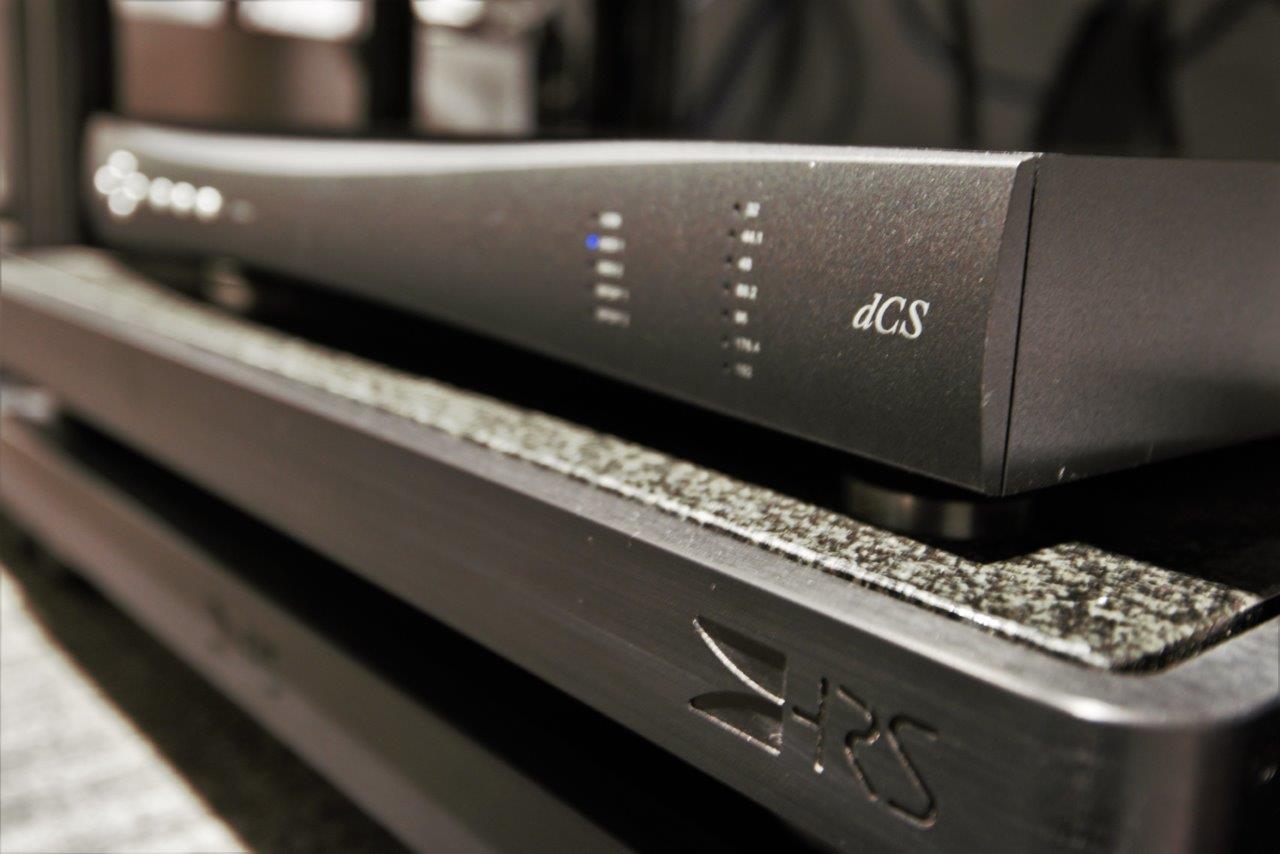 We’re jazzed about this, since it opens the opportunity to do output 384k / DSD128 out of the dCS Network Bridge (review pending) over DUAL AES cables into a dCS Debussy! We’ve been experimenting with Roon Labs up-sampling, so this allows us to dial it up a few notches.

The dCS Network Bridge (review pending) is a Swiss army knife of streaming allowing the ability to customize its output / formats for almost any DAC out there.  One missing ingredient was the ability to output USB audio to support USB only DACs.

A software update will be released in Q4 2017 that will add support for:

dCS has seen demand for users wanting to control downstream dCS DACS from a network bridge, so they are adding Serial RS-232 control over USB. An example scenario is if the dCS Network Bridge was connected to a dCS Vivaldi system you could change the clock speed via USB to Serial.

Future dCS Network Bridge updates that are in the works:

MQA is also in the works across the current model line-up. A dCS Rossini will be on display with MQA in room A4.2 F209 in Munich.

An exciting year ahead for dCS. Happy 30th Anniversary dCS!

by Matthias Brötzmann At the High-End show in Munich, Illusonic was showing their “Swiss army knife“ for room sound field optimization: the IAP. In contrast to many other rooms, this was a minimalist installation. Two […]

Thanksgiving and Black Friday were off-days for me, so it was fun to check in on the madness after the feeding frenzy yesterday. And guess what? The LH Labs team has now blown past their […]

There were so many horn loudspeaker manufacturers at High End in Munich this year that a lesser horn addict than myself might have succumbed to horn fatigue. But not I. I would feel strangely energized as the day […]